NoSQL database is used for distributed data stores with humongous data storage needs. NoSQL is used for Big data and real-time web apps. NoSQL is a non-relational DMS, that does not require a fixed schema, avoids joins, and is easy to scale. For example, companies like Twitter, Facebook, Google that collect terabytes of user data every single day. 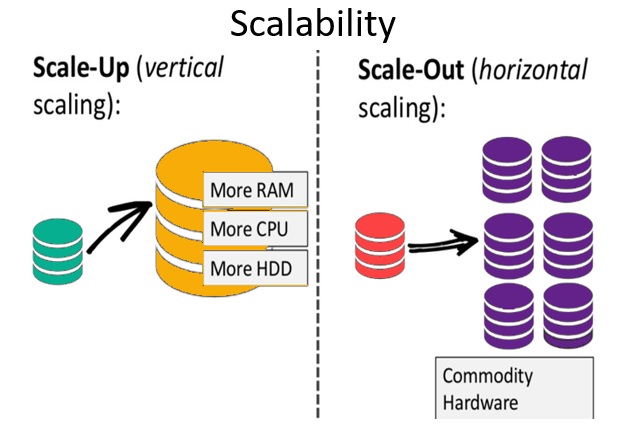 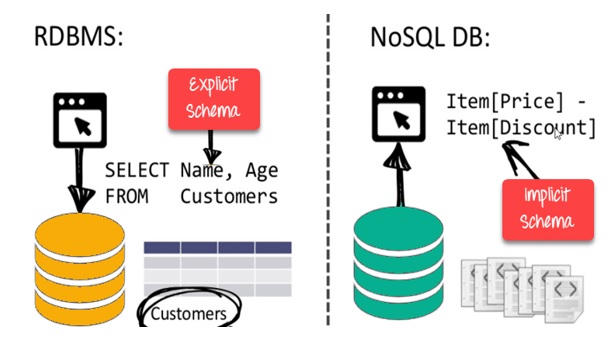 HBase, Cassandra, HBase, Hypertable are examples of column based database.

Document Oriented NoSQL DB stores and retrieves data as a key value pair but the value part is stored as a document. The document is stored in JSON or XML formats. The value is understood by the DB and can be queried.

A graph type database stores entities as well the relations amongst those entities. The entity is stored as a node with the relationship as edges. An edge gives a relationship between nodes. Every node and edge has a unique identifier.

The data should remain consistent even after the execution of an operation. This means once data is written, any future read request should contain that data. For example, after updating the order status, all the clients should be able to see the same data.

The database should always be available and responsive. It should not have any downtime.

Partition Tolerance means that the system should continue to function even if the communication among the servers is not stable. For example, the servers can be partitioned into multiple groups which may not communicate with each other. Here, if part of the database is unavailable, other parts are always unaffected.

Open source options so not so popular for enterprises. 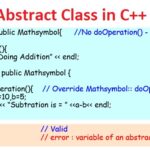 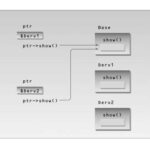