A string is a sequence of characters that is treated a single data item Char array to string. We have used string in a number of examples in the past. Any group of char (characters) defined between double quotation marks is a string constant. Ex : “Man is obviously made to think”.

If we want to include a double quote in the string to be printed, then we may use it with a back slash as shown below.

While the statement : printf(“Well Done !”);

Will output the string : Well Done !

In this chapter we shall discuss these operations in detail and examine libary functions that implement them.

The size determines the number of character in the string_name.

The reason that city had to be 9 elements long is that the string NEW YORK contains 8 characters and one element space is provided for the null terminator. Note that when we initialize a character array by listing its elements, we must supply explicity the numm terminator.

defines the array string as a five element array. We can also declar size much longer than the string size in the initializer. That is statement, char str[10] = “GOOD”; is permitted. In this case, the computer creater array of size 10, places the value “GOOD” in it, terminates with the null character, and initializes all other elements to NULL.

However, the following declaration is illegal. char str2[3] = “GOOD”;

This will result in a compile time error. Also note that we cannot separate the initialization from declaration.

is not allowed, similarly,

is not allowed. An array name cannot be used as the left operand of an assignment operator.

You must wondering, “why do we need a terminating null character?” As we know, a string is not a data type in C, but it is considered a data structure stored in an array. The string is a variable length structure and is stored in a fixed length array. The array size is not always the size of the string and most often it is much larger than the string stored in it. Therefore, Char array to string the last element of the array need not represent the end of the string. We need some way to determine the end of the string data and the null character serves as the “end-of-string” marker. 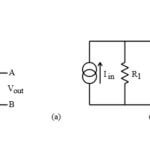 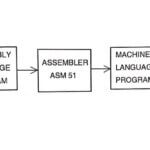