A gear trains is two or more gear working together by meshing their teeth and turning each other in a system to generate power and speed. It reduces speed and increases torque. To create large gear ratio, gears are connected together to form gear trains. They often consist of multiple gears in the train.

The gears used in gear trains may be of spur, helical, bevel or spiral type depending on the type of motion required and applications.

Gear trains are used in representing the phases of moon on a watch or clock dial, lathe machines, automobiles etc. It is also used for driving a conventional two-disc lunar phase display off the day-of-the-week shaft of the calendar.

Gears are toothed wheels used for transmitting motion and power from one shaft to another when they are not too far apart and when a constant velocity ratio is desired. In comparison with belt, chain and friction drives, gear drives are more compact, can operate at high speeds and can be used where precise timing is required. Also gear drives are used when large power is to be transmitted. The force required to hold the gears in position is much less than in an equivalent friction drive.

Depending on their construction and arrangement, geared devices can transmit forces at different speeds, torques, or in a different direction, from the power source. Gears are broadly classified as follows,
Classification based on the relative position of their shaft axes
Parallel shafts
Examples: Spur gears, helical gears, rack and pinion, herringbone gears and internal gears.
Intersecting shafts
Examples: Bevel gears and spiral gears.
Non-parallel, non-intersecting shafts
Examples: Worm, hypoid and spiral gears.

Classification based on the position of teeth on the wheel

But from our objective point of view, gears are broadly classified in to four groups, viz., spur, helical, bevel, worm gears and rack-and-pinion. 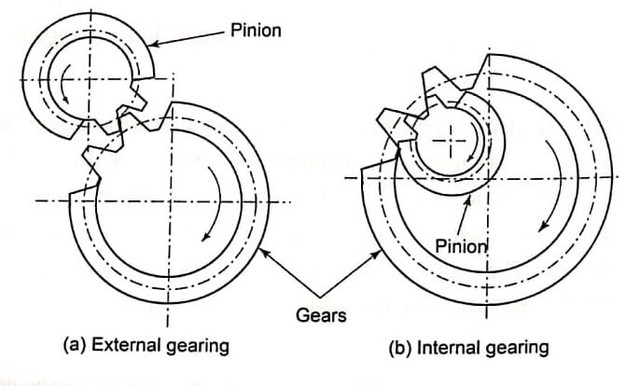 The most common of the gear train is the gear pair connecting parallel shafts. The teeth of this type can be spur, helical or herringbone. The angular velocity is simply the reverse of the tooth ratio. The main limitation of a simple gear train is that the maximum speed change ratio is 10:1. For larger ratio, large size of gear trains is required. 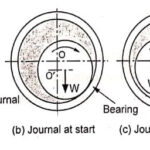 Types of Bearings and Their Applications – Lubrication 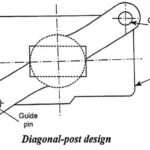