In this section, we give an overview of the schema evolution commands available in SQL, which can be used to alter a schema by adding or dropping tables, attributes, constraints, and other schema elements. This can be done while the database is operational and does not require recompilation of the database schema. Certain checks must be done by the DBMS to ensure that the changes do not affect the rest of the database and make it inconsistent.

The DROP command can be used to drop named schema elements, such as tables, domains, or constraints. One can also drop a schema. For example, if a whole schema is no longer needed, the DROP SCHEMA command can be used. There are two drop behavior options: CASCADE and RESTRICT. For example, to remove the COMPANY database schema and all its tables, domains, and other elements, the CASCADE option is used as follows:

If a base relation within a schema is no longer needed, the relation and its definition can be deleted by using the DROP TABLE command. For example, if we no longer wish to keep track of dependents of employees in the COMPANY database of figure, we can get rid of the DEPENDENT relation by issuing the following command:

If the RESTRICT option is chosen instead of CASCADE, a table is dropped only if it is not referenced in any constraints (for example, by foreign key definitions in another relation) or views or by any other elements. With the CASCADE option, all such constraints, views, and other elements that reference the table being dropped are also dropped automatically from the schema, along with the table itself.

The DROP command can also be used to drop other types of named schema elements, such as constraints or domains.

The definition of a base table or of other named schema elements can be changed by using the ALTER command. For base tables, the possible alter table actions include adding or dropping a column (attribute), changing a column definition, and adding or dropping table constraints. For example, to add an attribute for keeping track of jobs of employees to the EMPLOYEE base relation in the COMPANY schema, we can use the command

We must still enter a value for the new attribute Job for each individual EMPLOYEE tuple. This can be done either by specifying a default clause or by using the UPDATE command individually on each tuple. If no default clause is specified, the new attribute will have NULLs in all the tuples of the relation immediately after the command is executed; hence, the NOT NULL constraint is not allowed in this case.

To drop a column, we must choose either CASCADE or RESTRICT for drop behavior. If CASCADE is chosen, all constraints and views that reference the column are dropped automatically from the schema, along with the column. If RESTRICT is chosen, the command is successful only if no views or constraints (or other schema elements) reference the column. For example, the following command removes the attribute Address from the EMPLOYEE base table:

It is also possible to alter a column definition by dropping an existing default clause or by defining a new default clause. The following examples illustrate this clause:

One can also change the constraints specified on a table by adding or dropping a named constraint. To be dropped, a constraint must have been given a name when it was specified. For example, to drop the constraint named EMPSUPERFK in figure from the EMPLOYEE relation, we write:

Once this is done, we can redefine a replacement constraint by adding a new constraint to the relation, if needed. This is specified by using the ADD keyword in the ALTER TABLE statement followed by the new constraint, which can be named or unnamed and can be of any of the table constraint types discussed.

The preceding subsections gave an overview of the schema evolution commands of SQL. It is also possible to create new tables and views within a database schema using the appropriate commands. There are many other details and options; we refer the interested reader to the SQL documents listed in the Selected Bibliography at the end of this chapter. 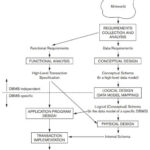