A control system in mechatronics refers to a group of physical component connected or related in such a manner as to command direct or regulate it selfe or another system. The physical components may be of electrical, mechanical, hydraulic, pneumatic, thermal or chemical in nature.

Several key terms & elements of the control system are :

This is an example of feedback control in which the sensor signals are feedback from the output in order to modify the reaction of the pump to switch on or off.

Consider another example of steering control in automobiles. The vehicle direction is controlled by wheel orientation which is achieved by controlling steering wheel manually.

This automobile steering system consisting of steering wheel, steering gear, linkages, and wheel, constitutes a control system. In this system, the input is the steering wheel position/rotation and the wheel orientation is the controlled variable or output.

The route of the vehicle is determined by the driver and by properly adjusting/controlling the steering wheel the vehicle is maintained to run on the road in the desire direction.

The driver monitors and compares the road condition and accordingly takes the decision to control the vehicle direction through steering wheel.

This is also an example of feedback control system. The input (steering wheel position/rotation) is modified according to the output (wheel orientation) by visually monitoring (feedback data) the road condition.

Non-engineering systems such as human body can also be considered as a control system. Normal functioning of human body is controlled by blood pressure and temperature of the body. Both are kept at constant value by means of physiological feedback provided by many other sub-systems.

The illustration of feedback principle of human body blood pressure and temperature control. Therefore, the human body is a highly advanced feedback control system. This feedback system makes the human body relatively insensitive to external disturbances, the enabling it to function properly in a changing environment. Other examples of applications of control systems include, but not limited to:

In an open-loop system, the output of this system is not fed back into the input to the system for control or operation. An open system is essentially a feedforward system. The system is an “open” system because it does not have a feedback loop in its control.

There are many reasons to use open loop control such as simplifying the control system, quicker response of the system, to reduce the possibility of oscillation and sometimes to lower cost.

The basic elements of this system are an amplifier and a controller as shown in figure. The amplifier receives a low-level input signal and amplifies it enough to drive the controller to perform the desired job.

As an example consider automatic bread toaster. In this system, when the system is switched ON, the heating element in the toaster heat the bread for particular present time and then automatically it get switched OFF and ejects the bread. Here there is no feedback of data of whether the bread is toasted properly or not.

Another example of an open-loop control system is a chemical addition pump with a variable speed control. The feed rate of chemicals that maintain proper chemistry of a system is determined by an operator, who is not part of the control system.

If the chemistry of the system changes, the pump cannot respond by adjusting its feed rate (speed) without operator action.

Consider an example of the use of open-loop control system is in the control of the wing surfaces on a modern fighter plane. The closed loop implementation would make the control much slower.

However, if there is a disturbance on the output side of the process, control action does not take it into consideration. In order to remove this limitation, feedback has to be provided.

Closed-loop system uses on a feedback loop to control the operation of the system. In closed loop or feedback control the controller notices what actually takes place at the output end and drives the plant in such a way as to obtain the desired output.

Closed loop control systems are the type most commonly used because they respond and move the loads they are controlling quicker and with greater accuracy than open-loop systems. The reason for quicker response and greater accuracy is that an automatic feedback system informs the input that the desired movement has taken place.

The basic layout of a feedback or closed-loop control system. The essential elements of this system are:

Below are several terms associated with the closed-loop control systems.

In the system, the actual output is fed back and compared with the desired response. The resulting error is the basis for the application of a control signal to the plant.

The controller generates the control signal on the basis of the error. If a mechanical signal has to be applied to the plant, it is generated by an actuator from the output of the controller.

In this arrangement, the control signal takes the actual controlled variable into account including disturbances if any. The plant is driven (by the control signal) until the error is reduced. This is the principle of feedback control in which feedback is negative.

From the above description it is clear that a closed loop control system must be capable of the following:

Few examples are already discussed in the previous topics such as industrial cooling control system and automobile steering control system. Yet, another example for closed loop control system is room heating system in western countries. The thermostat (input) calls for heat.

The heating coil (output produces heat and distributes it. Some of the heat is “fed back” to the thermostat. When this “feedback” raises the temperature of the room to that of the thermostat setting, the thermostat responds by shutting the system down until heat is again required.

In such a system, the feedback path, input to output and back to input, forms what is called a “closed loop.”

In this system, the various elements are:

A comparison would show the following differences between open loop and closed loop control systems.

An example of automatic tank-level control system. The control system maintains water level in a storage tank. The system performs this task by continuously sensing the level in the tank and adjusting a supply valve to add more or less water to the tank. The desired level is preset by an operator, who is not part of the system.

This feedback is compared with a desired level to produce the required control action that will position the level control as needed to maintain the desired level.

The level control device computes how far to open the supply valve to correct any difference between actual and desired tank levels. The block diagram of this system representing the signal flow to various elements including feedback.

In this system, the various elements are:

As a result, the oil becomes hot. This heat is removed from the lube oil by a cooler to prevent both breakdown of the oil and damage to the mechanical components it serves. The lube oil must be maintained within a specific operating band to ensure optimum equipment performance.

This results in more cooling water flowing through the cooler and lowers the temperature of the lube oil leaving the cooler.

Another example of automatic control system is automatic positioning system for a missile launcher.  Illustrates this system with block diagram. This is a feedback system designed to position the launcher quite accurately on commands from potentiometer.

Potentiometer sends a signal back to the amplifier which functions as an error detector. If there is error exist, it is amplified and applied to a motor drive which  adjust the output shaft position until it agrees with the input shaft position and makes the error to zero value.

An automatic speed control system of a DC motor is illustrated. The function of this system is to maintain the output speed of the motor relatively constant irrespective of the torque variation.

Here a tachometer is used as a transducer which transforms speed to voltage and is also used as a feedback element. When the output speed differs from the desired speed, the comparison element develops an error signal which adjusts the field current of the motor in order to restore the desired output speed. 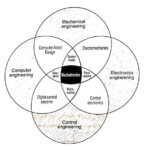 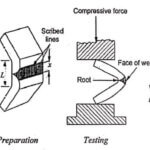