The Hydraulics system of interest to control engineers may be classified into,

The Hydraulic devices are devices using incompressible oil as their working medium. These devices are used for controlling the forces and motions. The driving force is the high pressure oil supplied by the Hydraulics pumps.

Liquids are slightly compressible at high pressures. In hydraulics system, the compressibility effects may be neglected and conservation of volume is used as the basic physical law. The variables of hydraulic system are volumetric flow rate, q and pressure, P. The volumetric flow rate, q is through variable and it is analogous to current. The pressure, P is across variable and it is analogous to voltage.

Three basic elements of hydraulic systems are the Resistance, Capacitance and Inertance. The liquid flowing out of a tank can meet the resistance in several ways. Liquid while flowing through a pipe meet with resistance due to the friction between pipe walls and liquid. Presence of valves, bends, coupling of pipe of different diameter also offer resistance to liquid flow.

Consider the flow through a short pipe connecting two tanks. The Resistance, R for liquid flow in such a pipe or restriction, is defined as the change in the level difference, necessary to cause a unit change in the flow rate.

The Capacitance, C of a tank is defined to be the change in quantity of stored liquid, necessary to cause a unit change in the potential (head)

The hydraulic devices are used in hydraulic feedback systems and in combined electro mechanical hydraulic systems. In hydraulic devices, power is transmitted through the action of fluid flow under pressure and the fluid is incompressible. The fluid used are petroleum based oils or non-inflammable synthetic oils. 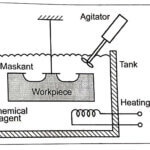 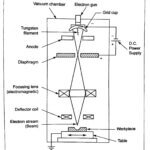