In practice it is often required to stop a unit driven by dc motors in an exact position or to have the speed of the driven unit suitably controlled during its deceleration. Such requirement is satisfactorily fulfilled by electric braking.

Regenerative braking with return of energy to the supply circuit is obtained when under certain conditions the motor is forced to run at a speed higher that its no-load speed N0, due to which its Back emf Eb in the armature exceeds the applied voltage V.

Now the motor operates as a generator connected in parallel with the supply and the direction of the armature current also reverses so that energy is returned to the supply mains.

With the reversal of direction of armature current the motor torque also reverses, braking torque is developed.

Here, it should be noted that the higher the armature circuit resistance, the higher the speed at which the motor has to run for a given braking torque.

Regenerative braking is quite economical because the motor returns electrical energy to the supply mains.

The application of regenerative braking is limited because most of the electrical drives are unable to satisfy the necessary condition N > N0.

This method of braking is obtained by conveying, in hoisting equipment while lowering the load and also in certain special cases of speed control.

For dc series motor regenerative braking is not possible because with the reversal of direction of armature current, the direction of field excitation also reverses.

This method, is however used in traction drives with special arrangements.

Counter-current braking or plugging occurs when the motor windings are connected for reverse direction of rotation at a time when the armature is still rotating in the forward direction either under the action of an external torque or due to inertia.

For plugging of motor reversal may be accomplished by reversing the polarity of the applied voltage either to the armature or to the field winding.

where TL = load torque at the instant of plugging

Figure (a and b) shows connection diagram for plugging and speed-torque characteristics of a dc shunt motor. Plugging is executed at a time when the motor is operating at the point E on characteristics A for a load torque TL as shown in figure (b).

Note that as soon as the direction of rotation if reversed, the induced emf in the armature changes its polarity and again acts against the input voltage so that the drive will rotate in the reverse direction under motoring conditions.

At the point H the additional resistances are cut off from the armature circuit and hence, operating point shifts to point I on the natural characteristics C. The motor finally runs steadily in the reverse direction at the point J on the characteristics C for a load torque TL.

For dc series motor also plugging can be accomplished by reversing the polarity of the voltage applied to the armature. However, it should be ensured that the current flowing in the field winding remains in the same direction as before when the armature current is reversed. 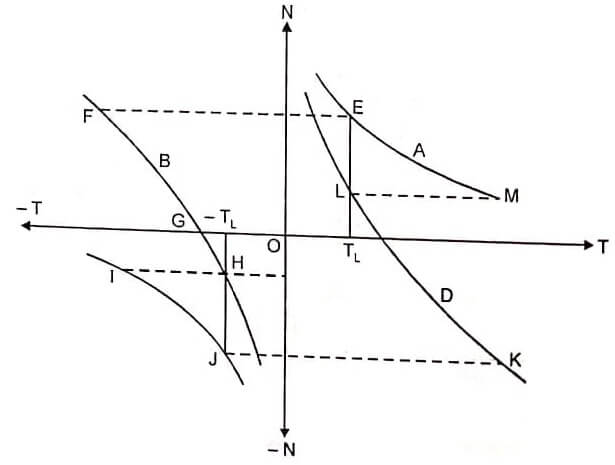 Dynamic braking can be obtained by disconnecting the armature from supply and connecting an external resistance across the armature terminals. This method is also called rheostatic braking.

What is dynamic braking?

When an electric motor rotates, a kinetic energy is stored in its rotating mass. During dynamic braking the kinetic energy of the motor is converted into electric energy. This energy is dissipated in resistive elements.

The field winding is left connected across the supply and it is undisturbed. The braking effect is controlled by varying the braking resistance rb.

Fig shows that the speed-torque characteristics of a dc shunt motor under dynamic braking conditions. It will be a straight line through the origin in the second quadrant as shown in figure.

Fig shows that the motor is operating steadily for a given load torque TL at the point A on its natural characteristics i.e, characteristics I when dynamic braking is executed. Due to braking the operating point shifts to B on the characteristics II from point A. The DC motor then decelerates along BO to standstill. 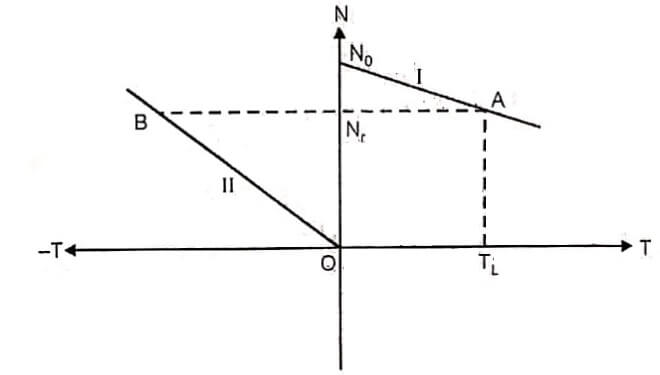 The slope of the braking characteristics can be controlled by varying the braking resistor rb.

What Are The Different Types of Electrical Braking 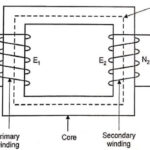 Introduction and Working Principle of a Transformer