(1)This Act may be called the Hindu Marriage Act, 1955.
(2) It extends to the whole of India except the State of Jammu and Kashmir, and applies also to Hindus domiciled in the territories to which this Act extends who are outside the said territories.

2. With the enforcement of this Act, caste ceases to operate as a bar for a marriage between two Hindu spouses and there is nothing in the enactment to indicate that after marriage the wife or the husband gets converted to the caste of her husband or of his wife.
(1978) 80 Bom L.R. 182 (185) (DB).

5. [See however (1989) 1 DMC 157 (162) : (1989) 93 Cal WN
404 (DB). A matrimonial dispute between Hindu husband domiciled in India against his Bangladeshi wife residing in Bangladesh can be decided by an Indian Court within whose jurisdiction the parties last resided together because the wife gets the domicile of her husband by operation of law.]

7. The petitioner-appellant who was a Nepali of Gorkha tribe, was residing in India for long time and described himself as Hindu by creed. He was married to a Chhetri girl according to Hindu rites in India. In his suit for restitution of conjugal rights, the plea that he was not domiciled in India was not raised in the written statement. There was nothing on record to indicate or invalid according to that such a marriage was prohibited the law of domicile of the husband.

Held that, the suit was maintainable and that, in the absence of specific plea in the written statement, the lower Court was not justified in going into the mixed question of fact and law whether the husband was of Indian domicile or he had acquired the domicile of choice in
India. AIR 1973 Cal 425 (426, 427, 428): 77 Cal WN 535 (DB). 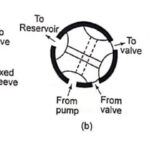 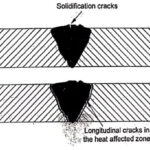