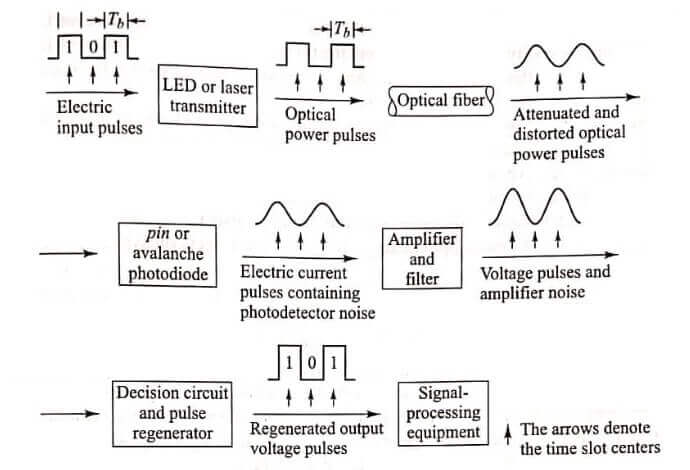 Having discussed the characteristics and operation of photodetectors in the previous chapter, we now turn our attention to the optical receiver operation. An optical receiver consists of a photodetector, an amplifier, and signal-processing circuitry.  The receiver has the task of first converting the optical energy emerging from the end of a fiber into an electric signal, and then amplifying this signal to a large enough level so that it can be processed by the electronics following the receiver amplifier.

In these processes, various noises and distortions will unavoidably be introduced, which can lead to errrors in the interpretation of the interpretation of the received signal.  Depending on the magnitude of the received optical signal, the current generated by the photodetector could be very weak and is adversely affected by the random noises associated with the photodetection process.  When this electric signal output from the photodiode is amplified, additional noises arising from the amplifier electronics will further corrupt the signal.  Noise considerations are thus important in the design of optical receivers, since the noise sources operating in the receiver generally set the lowest limit for the signals that can be processed.

In designing a receiver, it is desirable to predict its performance based on mathematical models of the various receiver stages.  These models must take into account the noises and distortions added to the signal by the components in each stage, and they must show the designer which components to choose so that the desired performance criteria of the receiver are met.

The average error probability is the most meaningful criterion for measuring the performance of a digital communication system.  In an analog system the fidelity criterion normally is specified in terms of a peak signal-to-rms-noise ratio.  The calculation of the error probability for a digital optical communication reciver differs from that of conventional electric systems.  This is because of the discrete quantum nature of the photon arrival and detection processes and the random gain fluctutations when an avalanche photodiode is used.  Researchers have used used a variety of analytical methods to derive approximate predictions for receiver performance,1-6 In carrying out these analyses, one needs to make a tradeoff between calculation simplicity and accuracy of the approximation.  General reviews and detailed concepts of optical receiver design are given in the literature7-15.

In we first present an overview of the fundamental operational characteristics of the various stages of an optical receiver.  This consists of tracing the path of a digital signal through the receiver and showing what happens at each step along the way.  Then outlines the fundamental methods for determining the bit-error rate or probability of error (the chance that a bit is corrupted and received in error) of a digital receiver based on signal-to-noise considerations.  This section also discusses the concept of receiver sensitivity, which is an important parameter for estimating the minimum received optical power that is needed to achieve a specific probability of error.

The eye diagram is a common measurement tool to determine the fidelity of the received signal.  Eye diagrams have been used extensively for all types of communication links, including wire lines, wireless systems, and optical links.  Secton 7.3 describes the method for generating an eye diagram and how to interpret various signal fidelity parameters with it.  Basic coherent detection schemes are addressed.  Chapter 13 describes other signal modulation and detection formats, such as differential phase-shift keying (DPSK), differential quadrature phase-shift keying (DQPSK), and polarization multiplexing.16-17

For passive optical network (PON) applications, the operational characteristics of an optical receiver located at the central telecommunications switching office differ significantly from receivers used in conventional point-to-point links.  Section 7.5 gives a brief description of these devices, which are known as burst-mode receivers.  Finally, describes another optical receiver type that is used for analog links.

The design of an optical receiver is much more complicated than that of an optical transmitter because the receiver must be able to detect weak, distorted signals and make decisions on what type of data was sent based on an amplified and 6reshaped version of this distorted signal.  To get an appreciation of the function of an optical receiver, we first examine what happens to a signal as it is sent through an optical fiber link.  Since traditionally fiber optic communication links are intensity-modulated direct-detection (IM-DD) systems that use a binary on-off-keyed (OOK) digital signal, as described in, first we shall analyze direct-detection receiver performance by using this OOK signal format.

The shape of a digital signal at different points along an optical link.  The transmitted signal is a two-level binary data stream consisting of either a0 or a 1 in a time slot of duration Tb.  This time slot is referred to as a bit period.  As noted in Chapter 4, electrically there are many ways of sending a given digital message.18-22 One of the simplest techniques for sending binary data is amplitude-shift keying (ASK) or on-off keying (OOK), where a voltage level is switched between two values, which are usually on or off.  The resultant signal wave thus consist of a voltage pulse of amplitude V relative to the zero voltage level when a binary 1 occurs and a zero-voltage-level space when a binary 0 occurs.  Depending on the coding scheme to be used, a binary 1 may or may not fill the time slot Tb.  For simplicity, here we assume that when 1 is sent, a voltage pulse of duration Tb occurs, whereas for 0 the voltage remains at its zero level.

The function of the optical transmitter is to convert the electric signal to an optical receiver operation signal.  As shown in , one way of doing this is by directly modulating the light source drive current with the information stream to produce a varying optical output power P(t).  Thus, in the optical signal emerging from the LED  or laser transmitter, 1 is represented by a pulse of optical power (light) of duration Tp whereas 0 is the absence of any light.

The optical signal that is coupled from the light source to the fiber becomes attenuated and distorted as it propagates along the fiber waveguide.  Upon arriving at the end of a fiber, a receiver converts the optical signal back to an electrical format. The basic components of an optical receiver.  The first element is either a pin or an avalanche photodiode, which produces an electric current that is proportional to the received power level.  Since this electric current typically is very weak, a front-end amplifier boosts it to a level that can be used by the following electronics.

After the electric signal produced by the photodiode is amplified, it passes through a low-pass filter to reduce the noise that is outside of the signal bandwidth.  This filter thus defines the receiver bandwidth.  In addition, tp minimize the effects of inter-symbol interference (ISI) the filter can reshape the pulses that have become distorted as they travelled through the fiber.  This function is called equalization since it equalizes or cancels pulse-spreading effects.

In the final optical receiver module decision circuit samples the signal level at the midpoint of each time slot and compares it with a certain reference voltage known as the threshold level.  If the received signal level is greater than the threshold level, 1 is a said to have been received.  If the voltage is below the threshold level, 0 is assumed to have been received.  To accomplish this but interpretation, the receiver must know where the bit boundaries are.  This is done with the assistance of a periodic waveform called a clock, which has a periodicity equal to the bit interval.  Thus, this function is called clock recovery or timing recovery.

In some cases, an Optical Receiver Operation preamplifier is placed ahead of the photodiode to boost the optical signal level before photodetection takes place.  This is done so that the signal-to-noise ratio degradation caused by thermal noise in the receiver electronics can be suppressed.  Compared with other front-end devices, such as avalanche photodiodes or optical heterodyne detectors, an optical preamplifier provides a larger gain factor and a broader bandwidth.  However, this process also introduces additional noise to the optical signal. Chapter before addresses optical amplifier and their effects on system performance.

Errors in the detection mechanism can arise from various noises and disturbances associated with the signal detection system.  The term noise is used customarily to describe unwanted components of an electric signal that tend to disturb the transmission and processing of the signal in a physical system, and over which we have incomplete control.  The noise sources can be either external to the system (e.g. switch and power supply transients).  Here, we shall be concerned mainly with internal noise, which is present in every communication system and represents a basic limitation on the transmission or detection of signals.  This noise is caused by the spontaneous fluctuations of current or voltage in electric circuits.  The two most common examples of these spontaneous fluctuations are shot noise and thermal noise19-21.  Shot noise arises in electronic devices because of the discrete nature of current flow in the device. Thermal noise arises from the random motion of electrons in a conductor.

As discussed in Chapter 6, the random arrival rate of signal photons produces a quantum (or shot) noise at the photodetector.  Since this noise depends on the signal level, it is of particular importance for pin receivers that have large Optical Receiver Operation input levels and for avalanche photodiode receivers.  When using an avalanche photodiode, an additional shot noise arises from the statistical nature of the multiplication process.  This noise level increases with larger avalanche gain M. Additional photodetector noises come from the dark current and leakage current.  These are independent of the photodiode illumination and can generally be made very small in relation to other noise currents by a judicious choice of components.

Thermal noises arising from the detector load resistor and from the amplifier electronics tend to dominate in applications with low signal-to-noise ratio when a pin photodiode is used. When an avalanche photodiode is used in low-optical-signal-level applications, the optimum avalanche gain is determined by a design tradeoff between the thermal noise and the gain-dependent quantum noise.

Ideally, in a digital receiver the decision-circuit output signal voltage vout(t) would always exceed the threshold voltage when a 1 is present and would be less than the threshold when no pulse (a 0) was sent.  In actual systems, deviations from the average value of vout(t) are caused by various noises, interference from adjacent pulses, and conditions wherein the light source is not completely extinguished during a zero pulse.

In practice, there are several ways of measuring the rate of error occurencess in a digital data stream.23-27  Chapter 14 describes some of these methods.  A simple approach is to divide the number Ne of errors occurring over a certain time interval t by the number Nt of pulses (ones and zeros) transmitted during this interval.  This is called either the error rate or the bit-error rate, which is commonly abbreviated BER.  Thus, we have

Where B = 1/Tb is the bit rate (i.e., the pulse transmission rate).  The error rate is expressed by a number, such as 10-9,for example, which states that, on the average, one error occurs for every billion pulses sent.  Typical error rates for optical fiber telecommunication systems range from 10-9to 10-12.  This error rate depends on the signal-to-noise ratio at the receiver (the ratio of signal power to noise power). The system error rate requirements and the Optical Receiver Operation noise levels thus set a lower limit on the optical signal power level that is required at the photodetector. 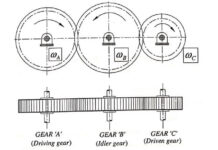 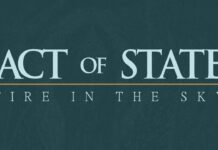 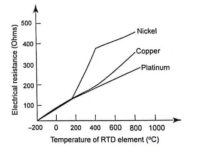 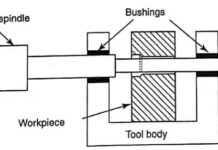 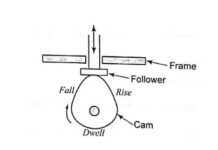 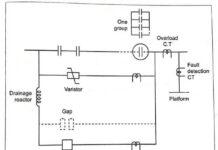 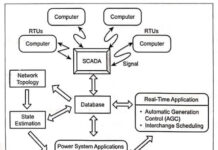 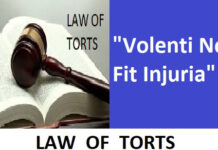 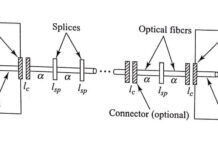 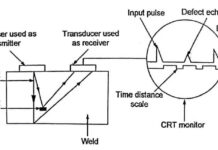