Nuisance is of two kinds :

In certain cases, when any person suffers some special or particular damage, different from what is inflicted upon public as a whole, a civil right of action is available to the person injured. What is otherwise a public nuisance, also becomes a private nuisance so far as the person suffering special damage is concerned. The expression “special damage” in this context means damage caused to a party in contradiction to the public at large.

For example, digging trench on a public highway may cause inconvenience to the public at large. No member of the public, who is thus, obstructed or has to take a diversion along with others, can sue under civil law. But if any one of them suffers more damage than suffered by the public at large, is severely injured by falling into the trench, he can sue in tort. In order to sustain a civil action in respect of a public nuisance, proof of special and particular damage is essential.

The proof of special damage entitles the plaintiff to bring a civil action for what may be otherwise a public nuisance. Thus, if the standing of horses and wagons for an unreasonably long time outside a man’s house creates darkness and bad smell for the occupants of the house and also obstructs the access of customers into it, the damage is ‘particular, direct and substantial and entitles the occupier to maintain an action.

In Rose v. Milles, the defendant wrongfully moored his barge across a public navigable creck. This blocked the way for plaintiff’s barges and the plaintiff had to incur considerable expenditure in unloading the cargo and transporting the same by land. It was held that there was special damage caused to the plaintiff to support his claim.

The plaintiff accepted certain payments from certain persons and permitted them to occupy seats in the first and second floor of her building. Before the date of the said procession, the defendant corporation constructed a stand on the highway in front of the plaintiff building to enable the members of the Corporation and its guests to have a view of the procession. This structure now obstructed the view from the plaintiff’s building. Because of the obstruction, the plaintiff was deprived of the profitable contract of letting seats in her building. She filed a suit against the Corporation contending that the structure on the highway, which was a public nuisance, had caused special loss to her. It was held that she was entitled to claim compensation.

If the plaintiff cannot prove that he has suffered any special damage, more damage than suffered by the other members of the public, he cannot claim any compensation for the same. This may be explained by referring to Winterbottom V. Lord Derby. In that case, the defendant’s agent blocked a public footway. The plaintiff brought an action alleging that sometimes he had to go by another route and sometimes he had to incur some expenses in removing the obstruction. Held, he could not recover as he had not suffered more damage than could have been suffered by other members of the public.

Kelley, J. observed, “If we were to hold that everybody who merely walked up the obstruction, or who chose to incur expenses in removing it might bring his action for being obstructed, there would really be no limit to the number of actions which might be brought.”

Unregulated putting up of posters/banners on private property, even if on one’s own property is held to be public nuisance. The Delhi Prevention of Defacement of Property Act, 2009, prohibited the putting up political posters/banners on private property without proper permission. Holding the Act as constitutionally valid, the Delhi High Court said requirement of taking
permission for putting up posters/banners/hoardings even on one’s own property but visible to others and affecting the view
of and becoming an eyesore for others, could not be said to be unreasonable.

Private Nuisance or Tort of Nuisance

To constitute the tort of nuisance, the following essentials are required to be proved: 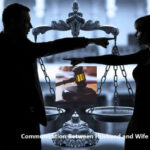 Communication Between Husband and Wife – Law 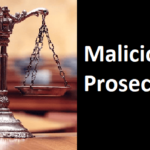