At Common Law, the Crown could not be sued in tort’ either for wrong actually authorized by it or committed by its servants, in the course of their employment. Moreover, no action could lie against the head of the department or other superior officials for the acts of their subordinates for relationship between them was not of master and servant but of fellow servants. The individual wrongdoer was personally liable and he could not take the defence of orders of the Crown, or State necessity. The immunity of the Crown from liability did not exempt the servant from Vicarious liability of the state.

The result was that, whereas an ordinary master was liable vicariously for the wrong done by his servant, the Government was not vicarious liability for a tort committed by its servant.

With the increase in the functions of the State, the Crown became one of the largest employers of labour in the country. Under these circumstances, the rule of immunity for the Crown became highly incompatible with the demands of justice.

To overcome the shortcomings of the prevailing law and to ensure justice, various devices were found out. The Crown started the practice of defending action brought against its servants in respect of torts committed by them in the course of their employment. Moreover, the judgment against the Crown servants in such cases was satisfied as a matter of grace, from the Treasury.

The position has been entirely changed after the passing of the Crown Proceedings Act, 1947. Now the Crown is liable for a tort committed by its servants, just like a private individual. Section 2 (1) of the Act provides :

“Subject to the provisions of this Act, the Crown shall be subject to all those liabilities in tort to which, if it were person of full age and capacity, it would be subject”

Unlike the Crown Proceedings Act, 1947 (England), we do not have any statutory provision mentioning the liability of the State in India. The position of State liability as stated in Article 300 of the Constitution of India is as under,

The Government of India may sue and be sued by the name of Union of India and the Government of a State may sue or be sued by the name of the State and may, subject to any provision which may be made by Act of Parliament or of the Legislature of such State enacted by virtue of power conferred by this Constitution, sue or be sued in relation to their respective affairs in the like cases as the Dominion of India and the corresponding Provinces or the corresponding Indian
States might have sued or been sued if this Constitution had been enacted.

The position prevailing before the commencement of the Constitution, therefore, remains unchanged, though the Parliament and the State Legislature have been empowered to pass laws to change the position.

To know the present position as regards the liability of the State for tortious acts, we have to go back to the pre-Constitution days. For that, we refer to Sec. 176 of the Government of India Act, 1935. That Act, like the present Constitution, does not give the circumstances of the Government’s Vicarious Liability of the State but recognizes the position prevailing before the passing of that Act. We find a similar position in Sec. 32 of the Govt. of India Act, 1935 and ultimately we refer to the Govt. of India Act, 1858. Sec. 65 of that Act provides as under.

Therefore, to know whether the State is liable for a particular act or not, we have to find the position of the East India Company prior to 1858.

An important case in this connection is Peninsular and Oriental Steam Navigation Company v. Secretary of State for India 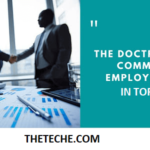 The Doctrine of Common Employment in Tort 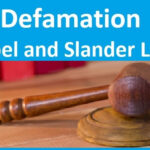