Tort and Breach of Contract

Privity of Contract and Tortious Liability

If there is a contract between A and B and as a result of the breach of contract by A, injury is caused to C, the question is : can C, who is a stranger to the contract, bring an action against A, whose breach of contract with B has also resulted in the commission of tort against C ?

When A’s wrongful act results in the breach of a contract which he had entered into with B and also the commission of a tort against C, it was thought that just like B, C has also to show privity of contract before he can bring an action for tort. Winterbottom v. Wright, was responsible for introduction of this “privity of contract fallacy” into the law. The action in tort is independent of a contract and the rule that the privity of a contract is essential for an action in tort is highly irrelevant and unjust. This fallacy had its end in 1932. In Donoghue v. Stevenson,’ the consumer could bring an action in tort against the manufacturer even though there was no contract between the manufacturer and the consumer. Whatever the contract, it was only between the manufacturer and the retailer. Lord Macmillan observed : “On the one hand, there is the well established principle that no one other than a party to the contract can complain of breach of that contract. On the other hand, there is equally the well established doctrine that negligence apart from contract gives a right of action to the party injured by that negligence and here I use the term negligence, of course, in its technical legal sense, implying duty owed and neglected. The fact that there is a contractual relationship between the parties which may give rise to an action for breach of contract does not exclude the co-existence of a right of action founded on negligence as between the same parties, independently of the contract, though arising out of the relationship in fact brought about by the contract. Of this, the best illustration is the right of the injured railway passenger to sue carriage or for the railway company either for breach of the contract of safe negligence in carrying him. And, there is no reason why the same set of facts should not another give one person a right of action in contract and person a right of action in tort.”

The point could be further explained through a decision of the Delhi High Court. In Klaus Mittelbachert V. East India Hotels Ltd.,’ there was a contract between Lufthansa, a German Airlines and Hotel Oberoi Inter-Continental of Delhi for the stay of the crew of Lufthansa as guests in the hotel. The plaintiff Klaus Mittelbachert, a co-pilot in Lufthansa, stayed in the hotel for a few days. During his stay, as the plaintiff took a dive in a swimming pool in the hotel, due to defective design of the swimming pool, his head hit the bottom of the pool and he received serious head injuries. As a consequence of that, he was paralysed and remained in agony for 13 years before he died. In an action for damages by the plaintiff, one of the defences stranger to contract, as the contract pleaded was that he was a for stay was made between his employer, i.e., Lufthansa and the hotel. The plea was rejected. It was held that he could sue under Law of Contract as a beneficiary of the contract. Moreover, for an action under Law of Torts, for compensation the plea of stranger to contract was irrelevant. Due to hazardous nature of the premises, the rule of absolute liability was applied and the defendants were required to pay exemplary damages amounting to 50 lac rupees.

Tort and Breach of Trust distinguished

In the case of breach of trust by the trustee, the beneficiary can claim such compensation which depends upon the loss that trust property suffered. The amount of damages being ascertainable before the beneficiary brings the action, the damages, in the case of a breach of trust, are liquidated. On the other hand, damages in a tort are unliquidated. But a much better way of differentiating tort from breach of trust is to regard the whole law of trust as a division of the law of property which is fairly detachable from other parts of our law. The reason for the classification is mere historical. The law of torts has its origin as a part of Common Law, whereas breach of trust could be redressed in the Court of Chancery.

When a person gains some advantage or benefit to which some other person was entitled to, or by such advantage another loss, the law person suffers an undue may compel the former to compensate the latter in respect of advantage so gained. The law of quasi-contract covers such obligations. It signifies liability, not exclusively referable to any other head of the law, imposed upon a particular person to unjust benefit. The pay money to another person on the ground of law implies contract on the the advantage to compensate part of the person so gaining such contract. For the other party even though, in fact, there is no example, A, a mistake. B treats the tradesman, leaves goods at B’s house by goods as his own. He is bound to pay A for them.’

In this connection, Salmond had posed the question, “Does the law of Torts consist of fundamental general principle that it is wrongful to cause harm to other persons in the absence of some specific ground of justification or excuse, or does it consist of a number of specific rules prohibiting certain kind of harmful activity, and leaving all the residue outside the sphere of legal responsibility?”

In other words, the question is

Winfield preferred the first of these alternatives and according to him, it is the Law of Tort. According to this theory, if I injure my neighbour, he can sue me in tort whether the wrong happens to have particular name like assault, battery, deceit, slander, or whether it has no special title at all; and I shall be liable if I cannot prove lawful justification.’

Salmond, on the other hand, preferred the second alternative and for him, there is no Law of Tort, but there is Law of Torts. The liability under this branch of law arises only when the wrong is covered by any one or the other nominate torts.

There is no general principle of liability and if the plaintiff can place his wrong in any one of the pigeon-holes, each containing a labelled tort, he will succeed. This theory is also known as ‘Pigeon-hole’ theory. If there is no pigeon-hole in which the plaintiff’s case could fit in, the defendant has committed no tort. According to Salmond, “Just as the criminal law consists of a body of rules establishing specific offence, so the law of torts consists of a body of rules establishing specific injuries. Neither in the one case nor in the other, there is any general principle of liability. Whether I am an alleged offence or prosecuted for sued for an alleged tort, it is for my adversary to prove that the case falls within some for me to defend myself specific and established rule of liability, and not of by proving that it is within some specific and established rule of justification or excuse. 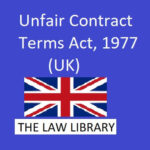