The analysis in this post assumed that the optical power falling on the photodetector is a clearly defined function of time within the statistical nature of the quantum detection process. In reality, a number of Penalty power signal impairments that are inherent in optical fiber transmission systems can degrade the link performance. When any of these impairment effects are present in a link, there is a reduction in the signal-to-noise ratio (SNR) of the system from the ideal case. For example, interactions between spectral variations in the propagating optical power and imperfections in a dispersive optical waveguide can produce time- varying changes in the light level falling on the photodetector. These light level variations create receiver output noises, which are particularly serious for high-speed links. The reduction in SNR is known as the power penalty for that effect and generally is expressed in decibels. Thus, if SNR ideal and SNR impair are the signal-to-noise ratios for the ideal and impaired cases, respectively, then the power penalty PP, for impairment x is given by

In some cases one can increase the optical power level at the receiver to reduce the power penalty. For other situations, for example for some nonlinear effects described in Chapter 12, increasing the power level will have no affect on the power penalty. The main power penalties are due to chromatic and polarization-mode dispersions, modal or speckle noise, mode-partition noise, the extinction ratio, wavelength chirp, timing jitter, optical reflection noise, and nonlinear effects that arise when there is a high optical power level in a fiber link. Modal noise is a present only in multimode links, but all the other effects can be serious in single-mode links. This section addresses all these performance impairments except for nonlinear effects, which Chapter 12 describes. Additional power penalties due to optical amplifiers and WDM-channel crosstalk are given in Chapter 11 and 12, respectively. 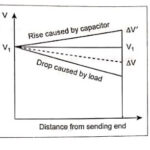 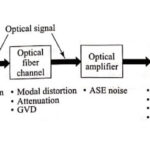