Forming limit diagram (FLD) is a classical tool used to analyze the formability of sheet metals. The sheet metal is marked with a grid pattern of circles using electrochemical or photo-printing techniques. The blank is then stretched over a punch and the deformation of the circles are observed and measured in regions where failure (necking and tearing) occurred. After deformation, the circle becomes as an ellipse. Figure shows the major and minor axes of the ellipse which represent the major and minor strains after forming.

Forming limit diagram (FLD) is the graph plotted between major strain and minor strain. Before the use of computer in sheet metal forming analysis, Engineers and Industrial practitioners used FLD to analyze the formability of different materials for various thicknesses. Nowadays, the sheet metal designers use computer aids for the most of activities in sheet metal forming, such as designing, drafting, optimizing and formability analysis.

A solid model of sheet metal parts to be formed can be modeled using the CAD software programs, such as Unigraphics, Catia, or SolidWorks. The solid model is analysed by any one of the abov-said sheet metal forming analysis software. 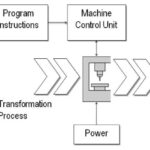 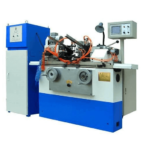