The transformer is extremely important as a component in many different types of electric circuits, from small signal electronic circuits to high voltage power transmission systems.

The most important function performed by transformers are,

In core type transformer, the magnetic core is built of laminations to form a rectangular frame and the windings are arranged concentrically with each other around the legs or limbs. The top and bottom horizontal portion of the core are called yoke. The yokes connect the two limbs and have a cross sectional area equal to or greater than that of limbs.

In shell type transformers the windings are put around the central limb and the flux path is completed through two side limbs. The central limb carries total mutual flux while the side limbs forming a part of parallel magnetic circuit carry half the total flux. The cross sectional area of the central limb is twice that of each side limbs.

The load on the distribution transformer varies from time to time and the transformer will be on no-load most of the time. Hence in distribution transformer the copper loss (which depends on load) will be more when compared to core loss (which occurs as long as transformer is in operation). Hence design of transformers are designed with less iron loss and designed to have the maximum efficiency at a load much lesser than full load. Also it should have good regulation to maintain the variation of supply voltage with in limits and so it is designed with small value of leakage reactance. 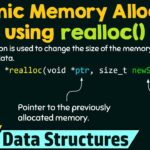 Realloc in C – Altering the Size of a Block 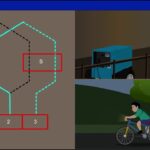