Introduction to Instruction Set Architecture of 8051

Generally microprocessor alone is not a self-sufficient system. Instruction Set Architecture of 8051 It requires other components like memory and input/output devices to form a minimum workable system. Intel corporation decided to integrate a microprocessor along with I/O ports, minimum memory, programmable timer in a single package. This self- sufficient device is called microcontroller. Thus a microcontroller is a microprocessor with integrated peripherals. Instruction Set Architecture

Microcontroller is a complete Microcomputer on a single chip.

Comparison of Microprocessor and Microcontroller

The interrupt, serial port and timer circuits are controlled by the control signals generated by timing and control unit.

The various arithmetic operations performed by ALU are addition, addition with carry, subtraction with borrow, increment, decrement, multiplication and division.  The addition and subtraction functions are performed in both signed and unsigned manners also.  Similarly ALU can perform AND, OR, EX-OR, clear, complement and rotate logic functions.  After the arithmetic and logical operations the result is stored in the destination operand.

The microcontroller 805f1 has three basic memory address spaces. They are

In microcontroller 8051, the lower 4 Kbytes of program memory can be placed either in the on-chip ROM or in an external ROM. This selection is made by strapping the EA pin to either Vcc (1) or Vss (0). I the EA pin is held high, the program fetches to addresses 0000H through 0FFFH are directed to the internal ROM. Program fetches to addresses 1000H through FFFFH are directed to the external ROM.

The CPU generates RD and WR signals as needed during external RAM accesses. There can be up to 64 Kbytes of external data memory. Memory addresses can be either 1 or 2 bytes wide. Only indirect addressing can be used for accessing external data memory. In one byte addresses, the location is indirectly specified either in register RO or R1, which is specified as @Ri.  In two byte addresses, the location is indirectly specified in register DPTR, specified as @DPTR.

In the external data RAM accesses, the accumulator is always the destination or source of the data. The external RAM is activated only during the execution of a MOVX instruction.

The internal data memory of l8051 microcontroller is divided into two physically separate and distinct blocks. They are 128 bytes of internal RAM area and the 128 bytes special function register (SFR) area. The memory map of internal RAM is shown in the image. Instruction Set Architecture

The 128 bytes internal RAM is again subdivided into three distinct areas.  They are

Bank Register area: Microcontroller 8051 has four number of register banks, each contains 8 registers. They occupy the locations 0 through 31 in the lower RAM area. Their addresses are ranging from 00H to 1FH. The four register banks are numbered 0 to 3, and the eight registers are named R0 to R7. Each register can be addressed by its name (when its bank is selected) or by its RAM address. Bits RS0 and RS1 in PSW SFR determine which bank of register is currently used.

The microcontroller 8051 has a family of special purpose registers called  special function registers. There are a total of 21 special function 8-bit registers.  Among them, there are 11 registers are byte and bit addressable registers.  They Acc(A),B, PSW,P0, P1,P2, P3,IP, IE, TCON and SCON. The remaining 10 registers, namely SP, DPH, DPL, TMOD, TH0, TL0, TH1, TL1, SBUF and PCON registers are only byte addressable registers, they are not bit addressable.  The register DPH and DPL are higher and lower bytes of a 16-bit register DPTR (Data Pointer). This register is used for accessing external data memory. Instruction Set Architecture

The list of SFR names and their byte and bit addresses are shown in the table below. The unused locations in SGRs (80H to FFH) are reserved and must not be used by the 8051 programmer.  The SFR can be accessed by their names Instruction Set Architecture (which is much easier than by their addresses).

In an arithmetic operation when a carry is generated, the CY flag is set, otherwise it is reset. The carry flag also serves as a borrow flag for subtraction.

In an arithmetic operation, when a carry is generated either from bit D7 or bit D6, the OV flag is set, otherwise it is reset.

If the result of an operation has an odd number of 1s, the party flag is set, otherwise it is reset.

Microcontroller 8051 has two 16-bit timer/counter registers.  They are timer 0 and timer 1.Both can be configured to operate either as timers or event counters.

In the timer function, the register is incremented every machine cycle. That means, in timer operation it counts the machine cycles. Since a machine cycle consists of 12 oscillator periods, the count rate is 1/12 of the oscillator frequency (fosc/12).

In the counter function, the register is incremented in response to “1 to 0” transition at its corresponding external input is sampled during S5P2 of every machine cycle.

When the samples show a high in one machine cycle  and a low in the value appears in the register during S3P1 of the cycle following the in which the transition was detected. Since it takes atleast2 machine cycles (24 oscillator periods) to recognize a “1 to 0” transition. The maximum count rate is 1/24 of the oscillator frequency (fosc/24).

When an external interrupt is generated, the flag that generated is cleared by the hardware when the service routine is vectored to only if the interrupt was transition activated. If the interrupt was level activated, then the external requesting source will control the request flag, rather than on-chip hardware.

Timer 0 and Timer 1 interrupts are generated by TF0 and TF1 in TCON register, which are set by a rollover in their respective timer counter register. When a timer interrupt is generated, the flag that generated is cleared by the on-chip hardware when its control is transferred to the corresponding service subroutine.

The serial port interrupt is generated by the logical OR of RI and TI (in SCON register). Neither of these flags are cleared by hardware when the service routine is vectored to. The service routine will normally have to determine whether it was RI or TI that generated the interrupt, and the bit will have to be cleared only in software.

The serial port is full duplex, meaning that it can be transmitted and received data simultaneously. It is also a receive buffered, meaning that it can commence reception of a second byte before a previously received byte has been read from the receive register. Instruction Set Architecture The serial port receive and transmit registers are both accessed at special function register SBUF.

All family of MCS51 microcontroller support an identical instruction set.  This instruction set is optimized for control applications. It provides a variety of fast addressing modes for accessing the internal RAM, to facilitate byte operations on small data structures. The instruction set provides extensive support for one-bit variables, as a separate data type, allowing direct bit manipulation in control and logic systems.

The MCS51 instruction set includes 111 instruction, 49 of which are single byte, 45 two byte and 17 three byte instructions. The instruction op-code format consists of a function mnemonic followed by destination and source operand fields. The field specifies the data byte and addressing mode(s) to be used.

The instruction set of 8051 is divided into 5 functional groups.  They are. 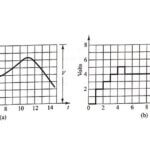 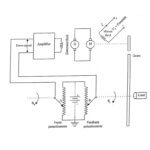