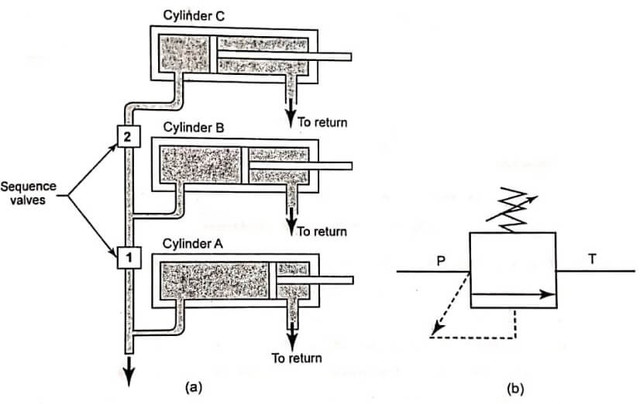 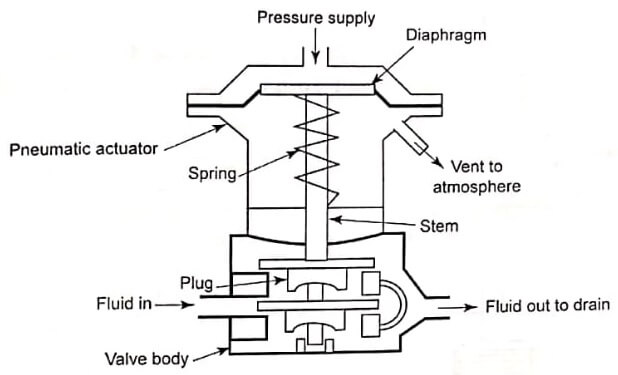 Valve bodies : The valve may be single seated (contains one plug with one seating surface) or double seated. Image shows different forms of valve bodies. Single seated valves, as shown in image (a), have only one plug and the fluid flows through one path in the valve. These types of valves are recommended if the valve is required to close tightly. Double seated valves as shown in image (b) have two plugs and hence the fluid entering into the valve splits into two streams. These types of valves have an advantage of less force required to operate the valve with an accurate positioning.

Plugs : The relationship between the stem movement and the effect on the flow rate is determined by the shape of the plug. There are 3 basic types of control valve plugs as shown in image.

Quick opening plug valves : These types of valves are used for large change in flow rate with a small movement of the valve stem and act as an on/off control of flow rate.

Linear contoured plug valves : In this type, the flow rate varies linearly with stem position. Here, the valve alone determines the pressure drop. Therefore the change in flowrate = K x (change in stem displacement) where K is the constant. The relationship between flow rate and stem position may be expressed.

Equal percentage plug valves : In this type of plug, for a given percentage of changes in stem position an equivalent change in flow rate occurs. In normal situations, this type of valve does not shut-off the flow completely and the minimum flow which occurs when the stem travels in its limit. 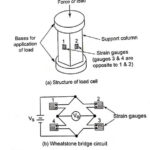