Several criteria are normally used to classify DBMSs. The first is the data model on which the DBMS is based. The main data model used in many current commercial DBMSs is the relational data model. The object data model has been implemented in some commercial systems but has not had widespread use. Many legacy applications still run on database systems based on the hierarchical and network data models. Examples of hierarchical DBMSs include IMS (IBM) and some other systems like System 2K (SAS Inc.) and TDMS.

IMS is still used at governmental and industrial installations, including hospitals and banks, although many of its users have converted to relational systems. The network data model was used by many vendors and the resulting products like IDMS (Cullinet now Computer Associates), DMS 1100 (Univac now Unisys), IMAGE (Hewlett-Packard), VAX DBMS (Digital then Compaq and now HP), and SUPRA (Cincom) still have a following and their user groups have their own active organizations. If we add IBM’s popular VSAM file system to these, we can easily say that a reasonable percentage of worldwide computerized data is still in these so-called legacy database systems.

The relational DBMSs are evolving continuously, and, in particular, have been incorporating many of the concepts that were developed in object databases. This has led to a new class of DBMSs called object relational DBMSs. We can categorize DBMSs based on the data model: relational, object, object-relational, hierarchical, network, and other.

More recently, some experimental DBMSs are based on the XML (eXtended Markup Language) model, which is a tree structured (hierarchical) data model. These have been called native XML DBMSs. Several commercial relational DBMSs have added XML interfaces and storage to their products.

The second criterion used to classify DBMSs is the number of users supported by the system. Single user systems support only one user at a time and are mostly used with PCs. Multiuser systems, which include the majority of DBMSs, support concurrent multiple users.

Homogeneous DDBMSs use the same DBMS software at all the sites, whereas heterogeneous DDBMSs can use different DBMS software at each site. It is also possible to develop middleware software to access several autonomous preexisting databases stored under heterogeneousDBMSs. This leads to a federated DBMS (or multidatabase system), in which the participating DBMSs are loosely coupled and have a degree of local autonomy. Many DDBMSs use client-server architecture.

The fourth criterion is cost. It is difficult to propose a classification of DBMSs based on cost. Today we have open source (free) DBMS products like MySQL and PostgreSQL that are supported by third party vendors with additional services. The main RDBMS products are available as free examination 30-day copy versions as well as personal versions, which may cost under $100 and allow a fair amount of functionality. The giant systems are being sold in modular form with components to handle distribution, replication, parallel processing, mobile capability, and so on, and with a large number of parameters that must be defined for the configuration.

Furthermore, they are sold in the form of licenses site licenses allow unlimited use of the database system with any number of copies running at the customer site. Another type of license limits the number of concurrent users or the number of user seats at a location. Standalone single user versions of some systems like Microsoft Access are sold per copy or included in the overall configuration of a desktop or laptop. In addition, data warehousing and mining features, as well as support for additional data types, are made available at extra cost. It is possible to pay millions of dollars for the installation and maintenance of large database systems annually.

We can also classify a DBMS on the basis of the types of access path options for storing files. One well-known family of DBMSs is based on inverted file structures. Finally, a DBMS can be general purpose or special purpose. When performance is a primary consideration, a special-purpose DBMS can be designed and built for a specific application; such a system cannot be used for other applications without major changes.

Many airline reservations and telephone directory systems developed in the past are special-purpose DBMSs. These fall into the category of online transaction processing (OLTP) systems, which must support a large number of concurrent transactions without imposing excessive delays.

Let us briefly elaborate on the main criterion for classifying DBMSs: the data model. The basic relational data model represents a database as a collection of tables, where each table can be stored as a separate file. The database in Figure resembles a relational representation. Most relational databases use the high-level query language called SQL and support a limited form of user views.

The object data model defines a database in terms of objects, their properties, and their operations. Objects with the same structure and behavior belong to a class, and classes are organized into hierarchies (or acyclic graphs). The operations of each class are specified in terms of predefined procedures called methods. Relational DBMSs have been extending their models to incorporate object database concepts and other capabilities; these systems are referred to as object relational or extended relational systems.

The XML model has emerged as a standard for exchanging data over the Web, and has been used as a basis for implementing several prototype native XML systems. XML uses hierarchical tree structures. It combines database concepts with concepts from document representation models. Data is represented as elements; with the use of tags, data can be nested to create complex hierarchical structures. This model conceptually resembles the object model but uses different terminology. XML capabilities have been added to many commercial DBMS products.

Two older, historically important data models, now known as legacy data models, are the network and hierarchical models. The network model represents data as record types and also represents a limited type of 1:N relationship, called a set type. A 1:N, or one-to-many, relationship relates one instance of a record to many record instances using some pointer linking mechanism in these models. Figure shows a network schema diagram for the database of Figure, where record types are shown as rectangles and set types are shown as labeled directed arrows.

The network model, also known as the CODASYL DBTG model, has an associated record-at-a-time language that must be embedded in a host programming language. The network DML was proposed in the 1971 Database Task Group (DBTG) Report as an extension of the COBOL language. It provides commands for locating records directly (e.g., FIND ANY USING , or FIND DUPLICATE USING ). It has commands to support traversals within set-types (e.g., GET OWNER, GET {FIRST, NEXT, LAST} MEMBER WITHIN WHERE ).

It also has commands to store new data (e.g., STORE <record-type>) and to make it part of a set type (e.g., CONNECT <record-type> TO <set-type>). The language also handles many additional considerations, such as the currency of record types and set types, which are defined by the current position of the navigation process within the database. It is prominently used by IDMS, IMAGE, and SUPRA DBMSs today.

The hierarchical model represents data as hierarchical tree structures. Each hierarchy represents a number of related records. There is no standard language for the hierarchical model. A popular hierarchical DML is DL/1 of the IMS system. It dominated the DBMS market for over 20 years between 1965 and 1985 and is still a widely used DBMS worldwide, holding a large percentage of data in governmental, health care, and banking and insurance databases. Its DML, called DL/1, was a de facto industry standard for a long time. DL/1 has commands to locate a record (e.g., GET { UNIQUE, NEXT} WHERE ). It has navigational facilities to navigate within hierarchies (e.g., GET NEXT WITHIN PARENT or GET {FIRST, NEXT} PATH WHERE ). It has appropriate facilities to store and update records (e.g., INSERT , REPLACE ). Currency issues during navigation are also handled with additional features in the language. 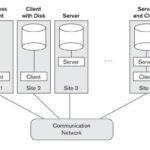