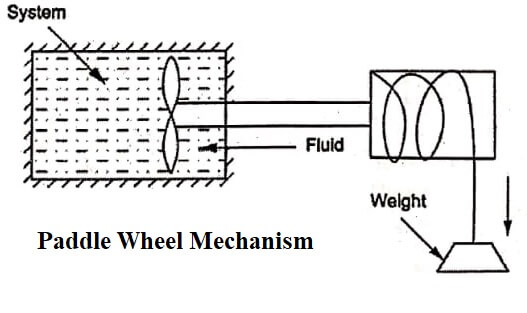 According to the first law of thermodynamics, all forms of energy are equivalent. One form of energy can be converted into other form and any process is possible as long as it does not create energy or destroy energy. Also, in a cyclic process, the heat is converted into work and vice versa.

But in actual practice, all forms of energy cannot be changed into work. Hence, there are certain processes which are not possible to occur even though these processes do not violate the first law of thermodynamics. The following examples will clarify the above conclusion

Example: A cup of hot tea left in a cooler room automatically cools off. This process satisfies the first law of thermodynamics since the amount of heat energy lost by the tea is equal to the amount of heat energy gained by the surrounding air. The reverse process the hot tea getting even hotter in a cooler room as a result of heat transfer from the room air never takes place. This process is possible but it does not violate the first law as long as the amount of energy lost by the air is equal to the amount heat of energy gained by the tea.

Example: Let us consider a paddle wheel mechanism which is operated by the fall of a mass as shown in Figure. The paddle wheel rotates as the mass falls and stirs a fluid within an insulated container. As a result, the potential energy of the mass decreases, and the internal energy of the fluid increases in accordance with the conservation of energy principle. However, the reverse process, raising the mass by transferring the heat from the fluid to the paddle wheel, does not occur in nature, although doing work which do not violate the first law of thermodynamics. 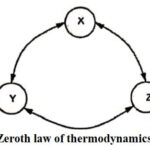