Energy is a fundamental concept of thermodynamics and one of the most significant aspects of engineering analysis. Energy is defined as the capacity of a system to perform work or produce heat.

Energy can exist in numerous forms such as chemical, thermal, mechanical, magnetic, kinetic, potential, electric, and nuclear. Their sum constitutes the total energy (E) of a system.

In a thermodynamic analysis, various forms of energy which structure the total energy of a system are grouped into:

The macroscopic forms of energy are those a system possesses as a whole with respect to some outside reference frame such as kinetic and potential energies. The macroscopic energy of a system is related to motion and the influence of some external effects such as gravity, magnetism, electricity, and surface tension.

The energy that a system possesses as a result of its motion relative to some reference frame is called kinetic energy (K.E). The kinetic energy is expressed by

The energy that a system possesses as a result of its elevation in a gravitational field is called potential energy (P.E). It is expressed by P.E = m g z

Where,   g be the acceleration due to gravity
z be the elevation of the center of gravity of a system relative to some arbitrarily selected reference level the velocity of the system

The microscopic forms of energy are those related to the molecular structure of a system and the degree of the molecular activity and they are independent of outside reference frames.

The magnetic, electric, and surface tension effects are only significant in some specialized cases and they are usually ignored. Therefore, the total energy of a system consists of kinetic, potential, and internal energies and is expressed by 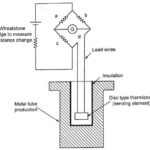 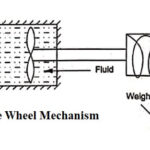