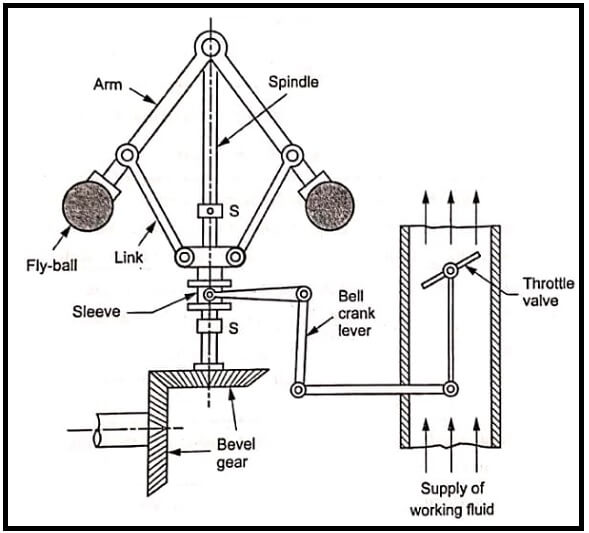 This is the most common type of governor. In the centrifugal type governors, rotation of the crank shaft is taken to a vertical spindle through suitable gears. It consists of two balls of equal mass, which are attached to the arms as shown in Fig. These balls are known as governor balls or fly balls. The upper arms are keyed to the spindle and the lower arms which are known as links are connected to sleeve. The sleeve surrounds the spindle as shown and can rotate as well as slide over the spindle. One end of a bell crank lever is attached to the sleeve and the other to a rod which actuates the fuel supply valve.

The centrifugal governors are based on the balancing of centrifugal force on the rotating balls by an equal and opposite radial force. When the load on the engine decreases, the engine and the governor speed increases. This increases the centrifugal force acting on the balls and the balls move radially outwards. Therefore the sleeve rises upwards. This upward movement of the sleeve reduces the supply of the working fluid and hence the speed is decreased. Thus the engine speed falls and comes near about the mean speed.

Similarly, when the load increases, the speed of the engine and the governor decreases. This results in the decrease of centrifugal force on the balls. Hence the balls move inwards and the sleeve moves downwards. The downward movement of the sleeve increases the supply of the working fluid and hence the speed is increased. Thus the engine speed rises and comes near about the mean speed.

In inertia governors, the balls are so arranged that the inertia forces caused by an angular acceleration or retardation of the shaft tend to alter their positions. The amount of displacement of governor balls is controlled by suitable springs and through the governor mechanism, alters the fuel supply to the engine. This governor is more sensitive than the centrifugal, but it becomes very difficult to completely balance the revolving parts. For this reason centrifugal governors are not used more frequently.

The important terms used in the study of a governor are presented in Table.

What is the principle of working of centrifugal governor?

The centrifugal governor are based on balancing of centrifugal force on the rotating balls by an equal and opposite radial force. 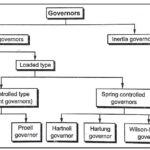 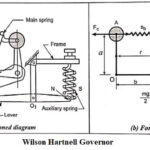