Why we go for Nuclear Power Plant?

In Nuclear Power Technology, the fuel burn up (also known as fuel utilization) is a measure of how much energy is extracted from a primary Nuclear fuel source. It is measured both as the fraction of fuel atoms that underwent fission in %FIMA (fissions per initial metal atom) and as the actual energy released per mass of initial fuel in gigawatt days/metric ton of heavy metal (GWd/tHM), or similar units.

Expressed as a percentage, burn up is simple: if 5% of the initial heavy metal atoms have undergone fission, the burn up is 5%. In reactor operations, this percentage is difficult to measure, so the alternative definition is preferred. This can be computed by multiplying the thermal power of the plant by the time of operation and dividing by the mass of the initial fuel loading.

Decay Rates and Half Cycles

Radioactivity naturally decays over time, so radioactive waste has to be isolated and confined in appropriate disposal facilities for a sufficient period of time until it no longer poses a hazard.

The period of time waste must be stored depends on the type of waste and radioactive isotopes. It can range from a few days for very short-lived isotopes to millions of years for spent nuclear fuel. 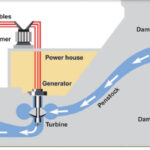 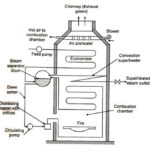