Fig shows the basic elements of a digital communication system. The source and the destination are the two physically separate points. When the signal travels in the communication channel, noise interferes with it. Because of this interference, the smeared or disturbed version of the input signal is received at the receiver. Therefore the signal received may not be correct. That is errors are introduced in the received signal. Thus the effects of disturbance and noise due to the communication channel limit the rate at which signal can be transmitted. The probability of error in the received signal and transmission rate are normally used as performance measures of the digital communication system.

The communication channel adds noise and interference to the signal being transmitted. Therefore errors are introduced in the binary sequence received at the receiver. Hence errors are also introduced in the symbols generated from these binary codewords. To avoid these errors, channel coding is done. The channel encoder adds some redundant binary bits to the input sequence. These redundant bits are added with some properly defined logic.

The signal s1(t) has low frequency compared to signal s2(t). It is Frequency Modulation (FM) in two steps corresponding to binary symbols ‘0’ and ‘1’. Thus even though the modulated signal appears to be continuous, the modulation is discrete (or in steps). Single carrier is converted into two waveforms s1(t) and s2(t) because of digital modulation. 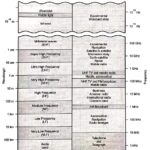